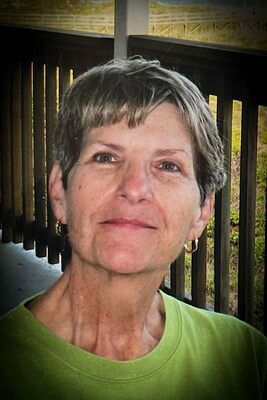 Linda Gail Hassell, 77, passed away Saturday, July 30, 2022, after a long battle with Alzheimer’s Disease. Visitation will be from 5:00 -7:00 PM on Friday, August 5, and services will be at 10:00 AM on Saturday, August 6, 2022 at Wallace Thompson Funeral Home in Rusk, Texas, with Rev. Charles Nunnally officiating. Burial will follow at Cedar Hill Cemetery in Rusk, with a graveside service for family.

Linda was born in Seagraves, Texas in 1944 to Connie and Bessie Dale, the youngest of 4 children. She graduated from Littlefield High School in 1963 and went on to attend the University of North Texas where she met Jerry Hassell. They married on January 30, 1965, and moved to Rusk and later, Texas City, where they raised their children. She was a pre-school teacher at St. Michaels Episcopal School, and later, a devoted stay-at-home mom, where she took care of her daughter Judy who battled leukemia for several years. They attended First Baptist Church in Texas City, where she sang in the choir. She was a member of Beta Sigma Phi sorority and loved her sorority sisters as if they were her actual sisters.

Linda devoted her life to her husband Jerry, their children, and later her grandchildren, Alex and Lennon. They eventually returned to Rusk, living in the Bulah community until 2014. She was an active member of the community, participating in the Cherokee Civic Theater, Kiwanis, and community book and garden clubs. She spent her retirement years traveling with Jerry and their closest friends and family. She loved to sing, and even when Alzheimer’s had taken her memory of everything else, she still sang her favorite songs.

She is preceded in death by her parents, Connie and Bessie Dale; her daughter, Judy Hassell; her brother Bob Dale; her sister Jo Taylor; and her brother-in-law Charles Taylor.

The family would like to extend a special thank you to her care team at both Heart to Heart Hospice and Twin Oaks in Jacksonville, for the wonderful care they provided Linda and our family over the last few months. In lieu of flowers, memorials may be made to the Heart to Heart Hospice Foundation, 7420 Chase Oaks Blvd., Plano, TX 75025; www.hthhfoundation.org.