AUSTIN – Texas Parks and Wildlife Department (TPWD) biologists say hunters can expect an exceptional 2021-22 white-tailed deer season. The statewide white-tailed deer population is estimated to be around 5.4 million deer and while it is down slightly from previous years, fawn recruitment (fawn survival rates) predictions indicate an overall robust population increase headed into the season.

Most often deer hunting forecasts and expectations are driven by habitat conditions the white-tailed deer herd are experiencing in the eight to ten months prior to the season’s start. Even though dry conditions existed throughout much of the state at the end of 2020, coupled with the early 2021 winter storm, the late spring rains provided needed relief and accelerated forb (weeds and flowering plants) and grass production have helped to bolster deer body conditions ahead of the fall and winter.

This season, biologists expect the highest hunter densities will lie in the Cross Timbers, Edwards Plateau and the Pineywoods eco-regions, with an estimated eight to nine hunters per 1,000 acres. Although more deer may be on the landscape this fall, harvesting one may be challenging with a good acorn crop expected and good native forages likely available into November. Harvest rates vary dramatically depending on region, along with the quality and quantity of native habitat available to attract and hold white-tailed deer.

The Edward’s Plateau has the highest deer population in the state with an estimate of more than two million deer. Hunter success in this region runs about 79 percent with an estimated 12.7 deer harvested per 1,000 acres. Within the Hill Country, hunters should expect to see more bucks in the mature age class (5.5 years or older) relative to other age classes due to good fawn production in 2013-2016. Hunters looking for older age class bucks should focus on the area between Hondo to Del Rio and north of Highway 90.

The South Texas Plains are known for mature bucks and above average antler quality relative to many other areas of the state. Hunter success was estimated to be 79 percent with an estimated harvest of 7.9 deer per 1,000 acres in 2020. Hunters are likely to see a repeat of this in 2021-22 season.

Estimated deer densities in the Post Oak Savannah ecoregion range from 32 to 89 deer per 1,000 acres. Areas along the Interstate 10 corridor from San Antonio to Houston have population estimates of 89 deer per 1,000 acres. Deer densities gradually decrease moving north with lowest deer densities in the area north of Interstate 20 and east of Dallas. Age and antler surveys indicate 66 percent of the buck harvest was represented by bucks 3.5 years old or older in 2020. Hunters should expect this trend to continue in 2021.

Survey data from 2020 estimated the Pineywoods deer population at more than 280,000, which is higher than the previous three years. Though the area has been plagued by relatively low fawn production, in the last five years population growth has remained stable. Fawn production is expected to be above average going into the 2021-22 season, potentially bolstering the overall population. Buck harvest trends indicate 53.3 percent of the previous year’s harvest were bucks 3.5-years-old or older, a byproduct of the antler restriction regulation in this region. Hunters should expect the same trend for 2021. Habitat management is critical in the Pineywoods and TPWD biologists continue to work with numerous landowners and timber companies to restore and maintain good deer habitat in the region.

The Cross Timbers region in north Texas has the second highest deer population in the state with more than 800,000 deer. Fawn recruitment in 2021 is expected to be around 60 percent based on exceptional habitat conditions and early reports of fawns being observed in July. However, above average fawn crops in 2016 and 2017 suggest the region may have more bucks in the 4.5 to 5.5-year-old age groups relative to younger age classes.

Statewide, antler quality is predicted to be well above average. Native forages, vital to providing the quality nutrition needed to produce large antlers, were plentiful during the critical antler growing months of April and May. These conditions were perpetuated into early August from additional early summer rains and should help bucks maximize antlers as they finish out the growing season.

For additional late season deer hunting opportunities, county specific regulations and information on how to property tag and report a harvest, consult the 2021-22 Outdoor Annual, which was made possible in part by support from Chevy Silverado.

Hunters taking advantage of Texas Public Hunting Lands must also have the Annual Public Hunting Permit. It’s also important for public land hunters to consult the Public Hunting Lands Map Booklet to review regulations that may apply to specific areas. The My Texas Hunt Harvest app can be used to complete on-site registration electronically at a public hunting area.

The discovery of new cases of Chronic Wasting Disease (CWD) has prompted TPWD to establish new containment and surveillance zones to mitigate the potential spread of CWD. TPWD recommends hunters review information about testing requirements and carcass movement restrictions in the CWD zones for the 2021-22 season before heading out to the field.
CWD is slow, progressive and fatal neurological disease found in certain cervids, including deer, elk, moose and other members of the deer family. Due to long incubation periods, affected cervids do not show visible signs of illness until years after they are infected.

CWD was first discovered in Texas in 2012 in free-ranging mule deer along a remote area of the Hueco Mountains near the Texas-New Mexico border. Since then, it has been detected in 261 captive or free ranging cervids in 14 counties, including white-tailed deer, mule deer, red deer and elk. To date, 168 of those of those positives are from captive breeding facilities or associated release sites and 68 are from free-ranging populations.

Landowners and hunters play a critical role in managing CWD. The most effective way for them to help slow the spread of CWD is to report sick deer to a TPWD biologist, properly dispose of inedible carcass parts, and to voluntarily test their harvests by taking them to a local check station or contacting a TPWD biologist in their area.

By adhering to CWD regulations and recommendations, hunters, landowners, and communities are helping to ensure that native deer populations remain healthy and plentiful for years to come, allowing for the conservation of the species and preservation of Texas’ hunting heritage and traditions. 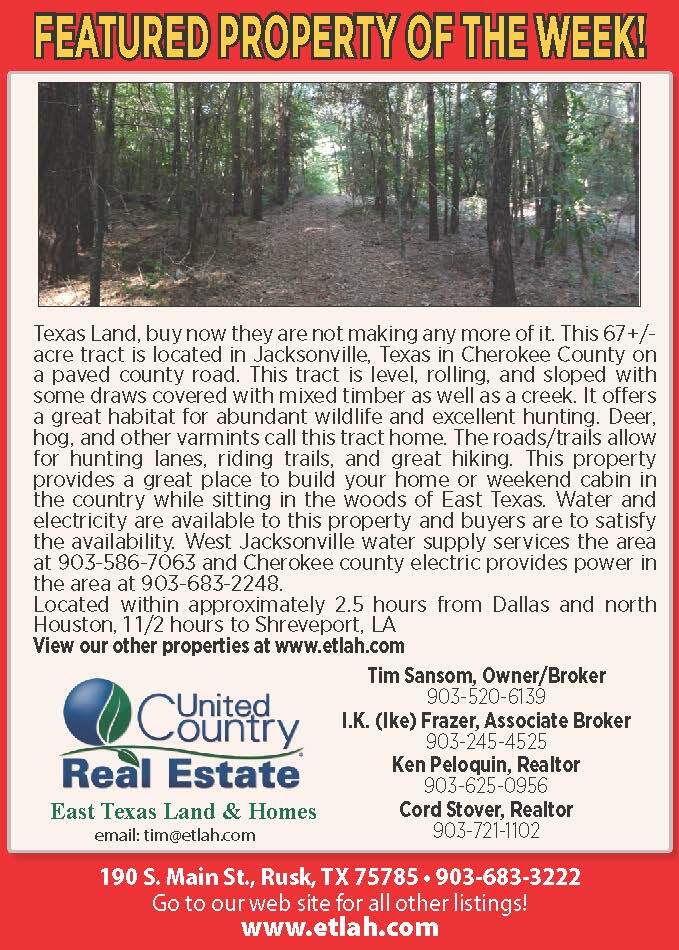