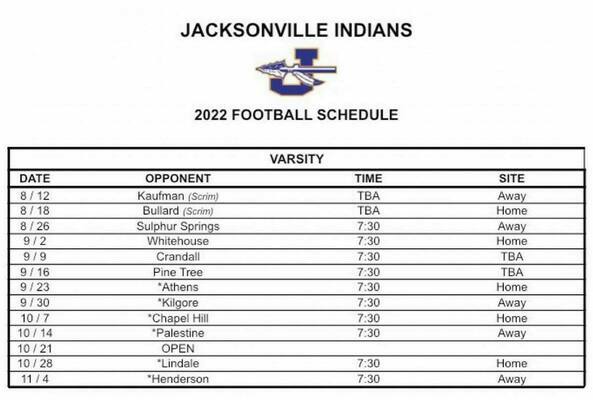 JACKSONVILLE – The 2022 football schedule for the Fightin’ Indians has been released.

The Indians start off the new season as part of 4A Division I, per a realignment announced last week by UIL officials, and will be led by Jason Holman, who was named Jan. 10 as the district’s new athletic director and head coach.

Holman, comes from the Tatum Eagles, where he has served as AD and head coach. He is a 1990 JHS alumnus who matriculated as a Top Ten JISD graduate, excelling in football, track and basketball. He attended Stephen F. Austin State University in Nacogdoches, lettering in football for four years before graduating with a Bachelor of Business Administration and completing a Master’s degree in Educational Administration.

Racking up a number of post-season wins during his 25-year career, Holman plans to work his magic with the Indians, who begin their season Aug. 12 in an away-game scrimmage with Kaufman, followed by a home scrimmage Aug. 18 against Bullard.

The regular season kicks off 7:30 p.m. Friday, Aug. 26 against Sulphur Springs in an away game; the Indians’ final game of the 2022 season is in Henderson on Nov. 4.

Ian Chandler to perform May 15 concert in Gallatin 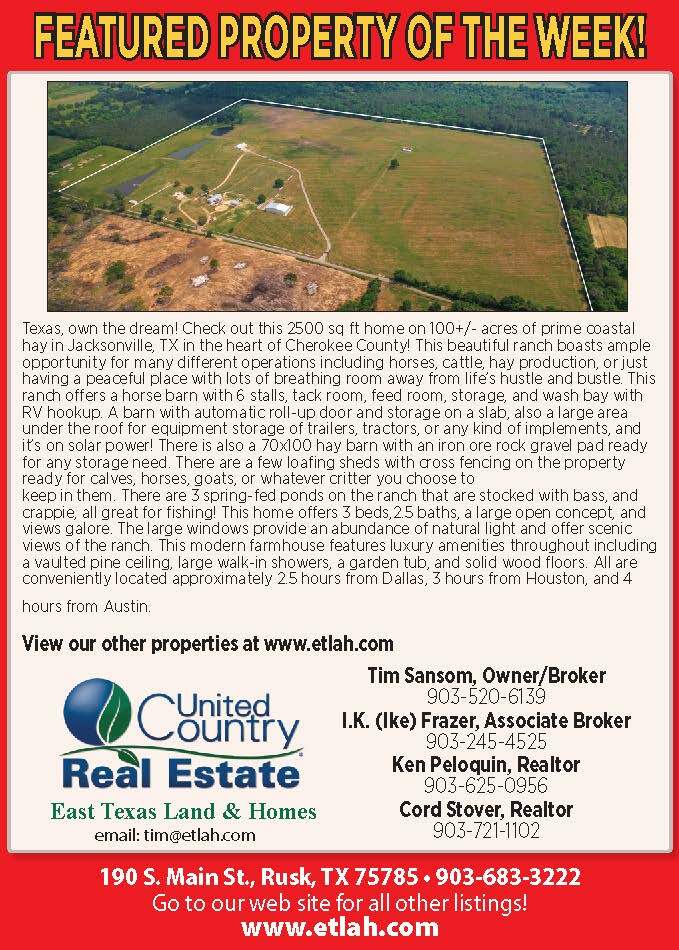 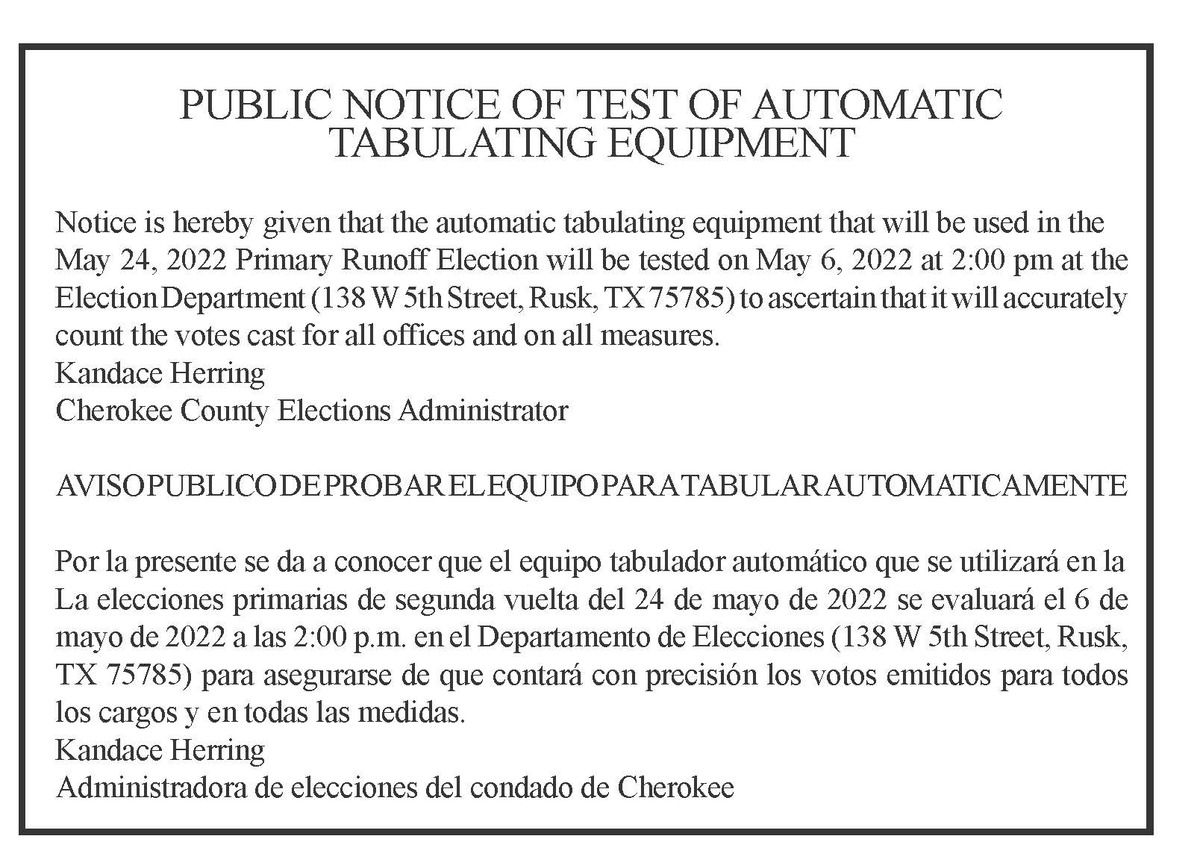