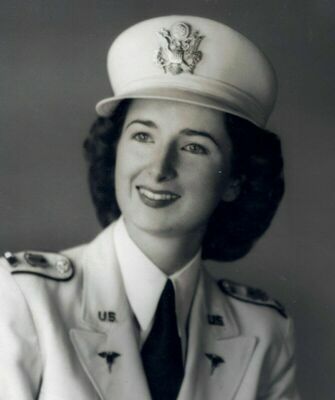 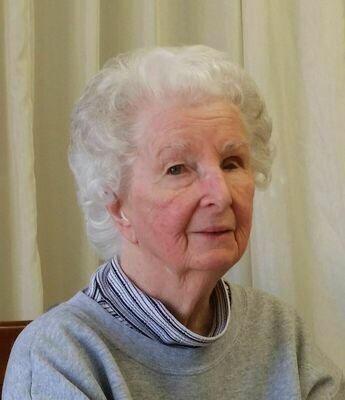 “It is said that when an old person dies, a library burns to the ground. In Hazel’s case, it’s more like losing the American History, Agriculture, and Natural Science archives at the Library of Congress. Throughout her life she joyfully accumulated and retained information on an astounding breadth and depth of knowledge, as exemplified by the variety of books and periodicals she consumed. She especially enjoyed first-hand personal journals from the colonial, westward expansion, and Civil War eras of America, preferring, as she put it, the “worm’s-eye view” of the actual people involved in day-to-day doings, rather than the interpretations of academics generations removed.

To her children she was the greatest treasure imaginable – a kind, witty, and smart mom who constantly broadened their horizons. She taught them the joy of learning and the rewards of doing. A farm girl by raising, she conveyed to her children an abiding interest in the natural world of plants and animals, both wild and domestic, along with practical acceptance of their living, ailing, and dying. She gifted her family with fascination, not fear, of insects, spiders, snakes, toads, birds, bears, deer, coyotes, etc. – all the natural world.

Growing up on the Dock Buckley family farm in nearby West Shady Grove, Hazel was proud of her heritage as a 4th-generation East Texan. She attended Maydelle High School and Lon Morris College. In 1939 she joined her sister Doris at nursing school in Houston, TX, later graduating with top honors as an RN. Central to Hazel’s being was her nursing career, which spanned over 45 years. She felt lucky to be involved during a time when medical science advanced from pre-WWII (no antibiotics) through the advent of such miracles as open heart surgery, organ transplant, and joint replacement. Better than half her career was in military settings, as an officer in the US Army Nurse Corps during WWII and later as a civilian nurse at Air Force or Army facilities. Licensed in three states, she also spent time in Public Health and Industrial nursing.

In 1959 the family moved to Blacksburg, VA, where Rob had accepted a position at Virginia Polytechnic Institute (subsequently Virginia Tech) and Hazel became a full-time mom, homemaker, and school nurse volunteer. Ten years later she returned to full-time nursing, finishing out her career as Chief Nurse of the medical clinic at the 4,000-employee Radford Army Arsenal munitions facility.

Upon retirement in 1985, Hazel returned to Texas with husband Rob, settling in Flint, a suburb of Tyler. There she continued to enjoy reading, learning, gardening, birdwatching, and visits to the nearby family farm. She was actively involved in both Daughters of the America Revolution and United Daughters of the Confederacy. After Rob’s death in 2001, she remained engaged in studying, observing nature, working daily crosswords, cooking, following the Dallas Cowboys, and managing her own personal and financial affairs.

April of 2019 started a two-and-one-half-year period of surgeries, hospitalizations, home health care, and hospice. During this time eldest son Robert attended as her round-the-clock primary advocate and caregiver. Until shortly before her passage she remained in good spirits and full possession of her faculties, engaged with her family and caregivers, and working her crosswords. The family is especially grateful to her daughter Marcia, who lived with Hazel for her last two decades. After Hazel gave up her car keys (voluntarily) in 2005, Marcia did the driving, shopping, and heavier work, enabling Hazel to continue living independently at home. We will always remember the care and kindness provided by CNA Mandi Fisher during her homecare. Twice-weekly visits from Speech Therapist Penny Morgan Reedy brightened Hazel’s day and enabled her to continue enjoying some “real food” to supplement her feeding tube nutrition. Also, words are inadequate to describe the comfort, honor, and kindness provided to Hazel and family by the entire staff at The Homeplace Hospice of East Texas in her final days. Further, we are grateful for the care and devotion provided over the years by Drs. Ngia Truong, Katrina Glover, and their staffs.

Arrangements are with Autry Funeral Home, Jacksonville, TX. Memories and condolences can be shared on their website. A private graveside ceremony with military honors for Hazel is planned. Once the pandemic has sufficiently abated, the family hopes to host an open gathering to celebrate her life and honor her memory. In lieu of flowers, memorials in honor of Hazel may be made to The Homeplace Hospice of East Texas, Cathedral of the Immaculate Conception (both in Tyler, TX), The Society of St. Vincent DePaul USA, or to the charity of your choice.