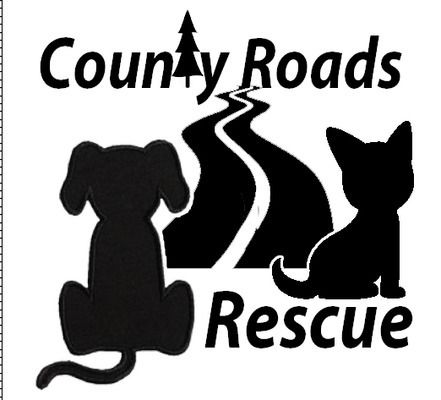 CHEROKEE COUNTY – If children dream of toys and treats for Christmas, what do pets at animal rescues dream of?

Toys, treats and a home of their own, of course!

County Roads Rescue has created wish lists for long-term residents at the site in Jacksonville, something done for each individual dog and cat that has lived there for more than six months.

“We try to make sure the animal who has to stay at our facility for an extended period of time has individualized care to prevent kennel stress and promote healthy mentalities,” said director Dava Cook.

One such resident is Cain, a beautiful golden dog who arrived at the rescue a year ago from a dog fighting ring. Due to the trauma these animals sustain in such situations, “we knew that a lot of these dogs would be with us for quite some time,” she said.

“Cain will most likely spend his life with us but he’s happy just to be here! He loves his toys and his treats, and he would be thrilled to receive any of the items” on his wish list, she said, noting that a link to the pets’ wish lists are included on the rescue’s social media page.

Rosita, another canine, “has been in our program most of her life – she has many behavioral challenges that we have been working on with her for a longtime,” reads another post, which notes that the plucky pup “deserves a few Christmas gifts after all the hard work she has put in this past year.”

Like the animals they care for, the shelter also has a “wish list,” one primarily that lists foods and treats, cleaning supplies, cages and collars, and toys.

“We are doing a job that is usually funded by the county, but since we don’t have that service (in Cherokee County), we’ve stepped in to do a very big job and we just not getting it done,” she said. “We go the extra mile for every animal and we only get to do that because of our wonderful supporters – private do-nations are the only reason we are able to do what we do.”

Special requests, like fulfilling a Christmas wish list, focuses on a very select need posed by a small group of animals, when compared to the need overall.

“Donations help to simply keep our doors open and help us keep doing what we do best! This is a costly mission and each animal comes with individual needs, and donations allow us to make sure the animal has everything they need to succeed, and once we can permanently place (an animal), it opens room for the next one,” so the need is ongoing and it is great, she said.

“There is never going to be a point of reaching a ceiling – we will always be in a constant battle to expand and save more. Until there are no more strays in need of help, we will constantly be pushing that ceiling,” she said.

Recently, volunteers helped create a “cat house” that will help free up the building initially used for felines to be used as a medical building. This brings the number of total structures at the facility to five, including a laundry room and an office.

With elbow grease from supporters helping to keep construction costs down, it goes without saying that even this project has created more tightening of funds, and that donations – in the guise of a Christmas gift or (ideally) continued giving – are greatly appreciated. After all, the spirit of Christmas doesn’t end Dec. 25.

Donations may be dropped at County Roads Rescue’s facility, 601 Woodawn Ave. in Jacksonville, be-tween 9-11 a.m. Monday through Friday, or email Countyroadsrescue@gmail.com to arrange a drop-off time.

Rescue staff also are looking to partner with local businesses to establish drop off sites.

Beauty and science dance in the Fall