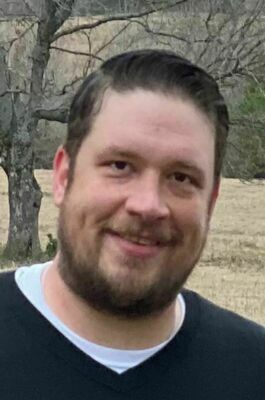 A graveside service for Jon V. Jones of Rusk, is scheduled at 5 p.m. Sunday, September 5, 2021at John R. Jones Cemetery in Rusk. Services are under the direction of Autry Funeral Home in Jacksonville. Reverend John Hawkins will officiate.

Jon was born in Houston on November 5, 1985 and entered eternal life on September 1, 2021. He was an honor graduate of the Jacksonville high school class of 2004 and earned his bachelor’s degree in hotel management from Texas Tech University where he was a member of Delta Tau Delta Fraternity. Jon was a resident of Bullard, and a lifelong member of Dialville United Methodist Church. He was an Eagle Scout, and a gifted athlete. He loved cooking, especially grilling, and gathering with his circle of friends and family. He was larger than life and had a great appreciation for the outdoors that began on the family farm where he was raised near Rusk. Jon loved travel, but was happiest when he was near his wife and children. He was a gentle soul, an entertainer, and a model of good character who never put himself ahead of those he loved.

He was preceded in death by his infant daughter, Tenley Rose Jones, and grandmothers, Margaret Jones, and Shirley Lawson. Left to cherish his memory are his wife, Caity Jones of Bullard; parents, Brian and Sandi Jones of Rusk; children, Beau Jones and Saylor Jones; brother, Jacob Jones of New York City; and grandparents, Henry and Mary Vinson Jones of Rusk. He is also survived by a host of extended family and friends, including his Aunt Karen, who he loved to be around.