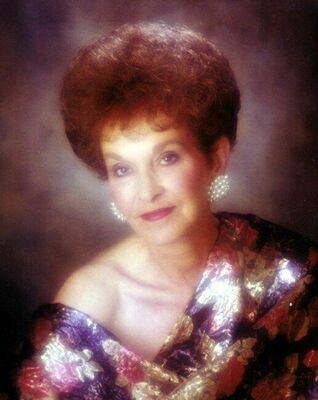 Myra Beth Wilburn Winder passed away peacefully on May 19, 2021, at the age of 86. She was born May 20, 1934, in Appleby, TX to parents Elray Elesie and Vonnie Reider Wilburn. She was the oldest of four children. She graduated from Central Heights High School in 1951 as Salutatorian.
On September 6, 1955, she married the love of her life, Bobby G. Winder. They had two daughters, and she was proud to be a military spouse in the Air Force for 26 years, stationed in Anchorage, Alaska, San Juan Puerto Rico, and Green Castle, Pennsylvania. In between deployments, they returned to Barksdale AFB in Bossier City, Louisiana.

They retired in 1971 and resided in Rusk to begin their civilian life. Together, they became business owners opening West-Wind Copper & Aluminum and later West-Wind Quick Lube.

She enjoyed gardening, bowling, softball, and cooking for her family and friends. She was also known by family as “Mrs. Clean” because she was always cleaning and wiping something. She was a member of the Rusk Garden Club, and Order of the Eastern Star, Euclid Lodge #56. She was known by her grands as “Nana” and her classmates as “Pretty Beth” as she was a very classy lady.

Friends and family were invited to a visitation from 10:00 – 11:00 a.m. on Monday, May 24, 2021 at Cason Monk-Metcalf Funeral Home, 5400 North Street in Nacogdoches. A funeral service followed at 11:00 a.m. at the funeral home, officiated by Pastor Steve Woody. Interment was at Pleasant Hill Cemetery.

Memorial contributions may be made to the Alzheimer’s Association or to St. Jude Children’s Research Hospital.

Arrangements were under the direction of Cason Monk-Metcalf Funeral Directors.