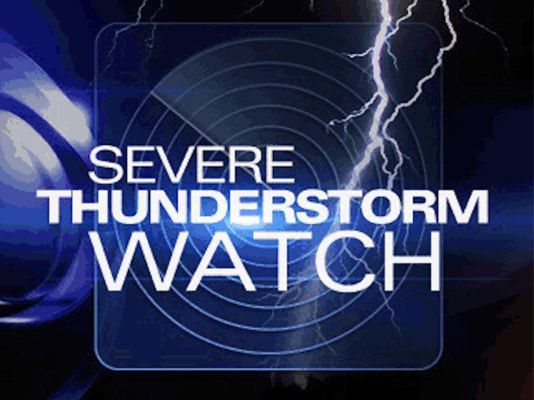 Cherokee and surrounding East Texas Counties are under a severe thunderstorm watch until 9 p.m. Sunday.

According to the National Weather Service in Shreveport, a significant weather advisory is in effect until 4:15 p.m. for southeastern Cherokee and northwestern Nacogdoches counties.

At 3:29 p.m., Doppler radar was tracking a strong thunderstorm over Alto, moving east at 30 mph. Half-inch to penny-size hail and winds in excess of 40 mph will be possible with this storm, officials said; locations impacted include Nacogdoches, Alto, Morrill, Douglass, Trawick, Linwood, Lilbert and Looneyville.

Residents are advised to monitor local radar stations and available television stations for additional information and warning from NWS.

“Showers and thunderstorms will increase this afternoon across the region, near and ahead of a cold front that will enter Northeast Texas and Southwest Arkansas,” according to the NWS website. “The threat for severe weather will increase as well for much of the region, with damaging winds, large hail and an isolated tornado or two possible. Locally heavy rainfall will also be possible in the stronger storms, which may lead to localized flash flooding. These storms should gradually diminish across East Texas and North Louisiana late this evening and overnight.