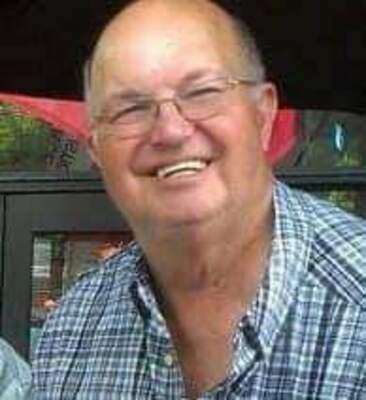 CORRECTION from O.T Allen Funeral Chapel: The service will be Tuesday at 3 p.m. instead of Thursday. Visitation will be from 2 p.m. to service time.

Alto – Funeral services for Marshall Ray Bynum, 79, of Whitney will be Tuesday at 3 p.m. at the O.T. Allen & Son Funeral Chapel with Rev. Josh Lindsey officiating. There will be a visitation from 2 pm until service time.

Marshall passed away Friday, March 19, in Waco. He was born March 28, 1941 in Alto to Marshall and Pauline Black Bynum.

Marshall Ray grew up in Alto, Texas, with a dream to work on the space program. To this end, he attended college at TCU, receiving his bachelor’s degree in physics, and joined TRW to develop the moon landing project for NASA, where he was part of the team that put Man on the moon. While working there, he met his wife Patsy, started a family, and moved them to Denver, Colorado, working at Martin Marietta where he designed software systems for the Viking project which was the first probe to land on Mars. Other highlights of his career included working at SDC in Colorado Springs designing software for the Cheyenne Mountain NORAD defense system; working for Texas Instruments in Dallas, Texas, designing the first Global Positioning Satellite (GPS; and finally working for Raytheon designing missile guidance systems where he retired in 2011. Marshall Ray followed in the footsteps of his Big Daddy's example of building the Alto telephone company by becoming a pioneer of science and computer technology. His vision to enter the information age at such an early time has benefited the entire Bynum family where his children and grandchildren have careers in technology providing for their families still to this day. Marshall Ray was a cherished husband and father, and an accomplished outdoorsman. He had an adventurous spirit and was always active snow skiing, motorcycle riding, camping, and boating, but had a real passion for hunting and fishing that he learned from his Daddy and passed down to his family. You know Marshall Ray for his dry wit, his hearty laugh, and broad round-faced smile beaming at his friends and family, but it was his steadfast dependability that anchored the family. He will be sorely missed.

He is survived by his wife Patsy; his sons, Chuck, Dwayne, and Kirk; and his grandchildren Alex, Andrew, Ashley, Kristina, Sara, Madison, and Connor.