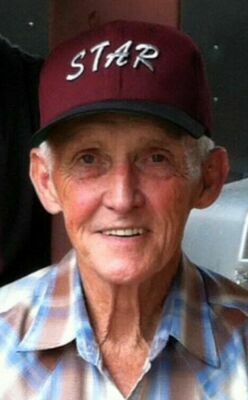 Alto – Funeral services for Herbert E. Coleman, 80, of Alto will be Wednesday, January 13, at 2 PM at the Alto Missionary Baptist Church with Bro. Bruce Robinson and Chris Davis officiating. Mr. Coleman passed away Sunday, January 10, in Jacksonville. He was born October 1, 1940 in Percilla, Texas to Edward Lee “Ned” Coleman and Carnie Modell Jackson Coleman. He had lived in Alto for most of his life and had lived in the Beulah Community as a young man. Herbert was a Baptist and had been a member of the Hilltop Baptist Church as well as the Alto Missionary Baptist Church. He was a U.S. Army veteran and had retired from the Abitibi Paper Mill in Lufkin where he worked for over 30 years. Herbert loved the outdoors, gardening and woodworking. He was preceded in death by his parents, sisters Norma Ford and Maida Harris and brothers Edward and Charlie Coleman. He is survived by wife Billie Jean Coleman of Alto, daughter Lanita Coleman-Tennison (Scott) of Whitehouse, sister Martha Halbert (L.P.) of Rusk, grandchildren Cory Davis (Sara), Coleman Davis (Christian), Holly Davis (Ben) and Hope Davis (Cameron) and great grandchildren Karlie Jo, Luke, Emma, Abbie, Brody, LeAnna, Parker, Jodie, Brennan and Hagan. Pallbearers are Cory Davis, Coleman Davis, Cameron Dotson, Ben Taylor, Steve Halbert and Jason Bowman. There will be a visitation Tuesday from 6-8 PM at the funeral home in Alto.