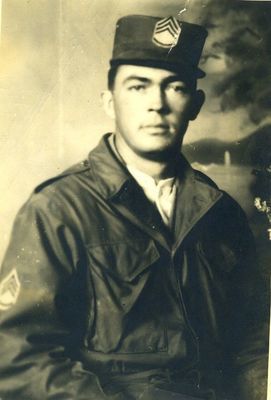 On November 1, 2020, the Gates of Heaven were thrown open wide to welcome Carl Lee Matthews into his eternal home. There was great jubilation as he was greeted by family and friends who were awaiting his arrival.

Carl Lee was born on Tuesday, January 21, 1930 in the Cross Roads, Texas community and was the second child of Willie Clinton Matthews Sr. and Trudie Emaline Davis Matthews. He arrived on a snowy winter day and was delivered by his grandmother Georgia Texas Davis and his aunt Onie Davis.

Carl had very deep roots in Texas and was descended from some of its earliest settlers. His 4X great grandfather came to Texas prior to 1824, which was more than 10 years before the Texas Revolution and subsequent independence from Mexico.

Carl Lee grew up during the entirety of the Great Depression. His family farmed and raised livestock so although cash was often in short supply, they always had enough to eat. He graduated from Cross Roads High School in 1947 along with six other classmates. A short time after graduation he began dating his former classmate Bobbie LaJean Morrison.

On February 9, 1951, Carl Lee and Bobbie were married and began a rarely witnessed lifetime of love and commitment.

A few months after marriage, Carl Lee was drafted into the United States Army. He arrived in Korea on Christmas Day, 1951. He served as a Combat Engineer and was promoted to the rank of Sgt. 1st Class and received an Honorable Discharge after completion of his duty.

Upon his return to civilian life, Carl Lee and Bobbie lived in Athens, TX and he began working for Texas Power & Light. He initially worked in maintenance and then transferred to Lake Stryker around 1960. After residing for a short time in Ponta, he and his young family moved to Rusk where they remained until present day. When he retired with over 39 years of service, he was working as Operations Shift Foreman at the TXU Lake Stryker Plant.

Carl was a strong yet gentle man with the heart of a servant. He was an avid horseman, cattleman, hunter and fisherman. He loved watching football and was a loyal Washington Redskins fan. He greatly enjoyed caring for his original family homestead along with Bobbie's family land. He and Bobbie worked side by side to be good stewards of the land that they were entrusted with. He enjoyed his tractors and spent countless hours mowing and baling hay. For decades he voluntarily maintained the roadway on Bagley Road and often mowed the pastures of others who were in need of his help.

He is a beloved Child of God and was a long time member of First United Methodist Church of Rusk. He served as usher/head usher for 50 years along with other church committees.

Carl was smart, logical and could fix anything in need of repair. He always offered encouragement. He had a quiet sense of humor and seemingly endless patience. He enjoyed reading and gaining knowledge throughout his life. He paid attention to people and his surroundings, often honing in on details that others might overlook. He had a special way with animals and seemed to speak their language.

He loved his wife and children completely and sacrificed for them without hesitation or complaint. He delighted in his grandchildren and great grandchildren and cherished every minute spent with them. Their laughter made his spirit soar and their successes made his heart swell with pride.

He was a great neighbor and a good friend to all who had the honor of knowing him.

He was preceded in death by his parents, his brother Willie Clinton Matthews Jr, his sister Jackie Matthews Cook, and his granddaughter Megan Collen Wills.

He was the epitome of goodness, courage, integrity and strength. He was the perfect example of an intentional life that was lived to the fullest.

"His Lord said unto him, Well done, thou good and faithful servant: thou hast been faithful over a few things, I will make thee ruler over many things: enter thou into the joy of thy Lord." Matthew 25:21

Funeral services are scheduled for 10:00 a.m., Thursday, November 5, at the First United Methodist Church in Rusk with Rev. Raymond Vermillion and Rev. T.J. Gableman officiating. Burial will follow at 1:30 p.m. at Willow Springs Cemetery near the Crossroads Community. Visitation will be from 5:00 p.m. to 7:00 p.m., Wednesday, November 4, at Wallace-Thompson Funeral Home.

Happy Thanksgiving, from The Cherokeean Herald!

The gift of food

Shop local for the holidays, and support small ... 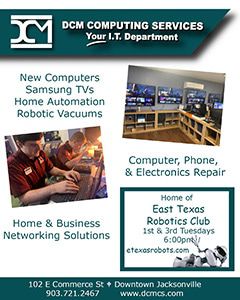