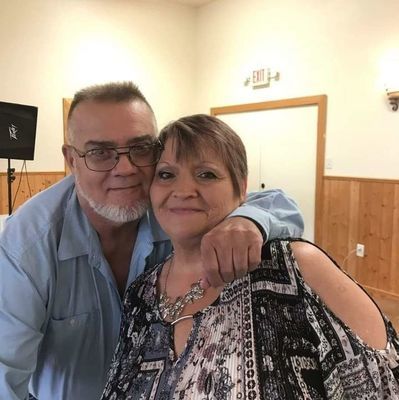 Patrick Johnson, left, and loved one

His classmates would remember him as “Catfish” on the football team. He attended school in Jacksonville, Texas. After graduation, he enlisted in the U.S. Navy and then on to the Texas National Guard. Once his service was over, he became a truck driver, and retired after 30+ years of driving.

He loved to fish, playing Bingo, and loved spending his free time with the love of his life, Debbie Dempsey. He loved to tell tall tales to anyone who would listen.

A memorial service is scheduled for a later date.