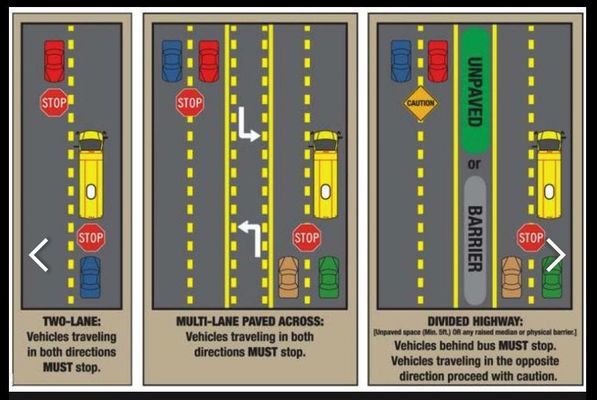 The start of the school year also generates an increase in overall traffic in many areas, and drivers should take extra precautions.

“With school districts across Texas returning to classes, DPS is urging drivers to slow down and be alert in school zones and wherever children are present,” DPS Director Steven McCraw said. “Motorists who disregard the law and illegally pass stopped school buses put our schoolchildren in harm’s way – and that reckless and irresponsible behavior will not be tolerated by DPS.”

The moments when students are entering or exiting the bus can be one of the most dangerous times during a child’s trip on a school bus. Accordingly, DPS reminds drivers to reduce speed and be aware that children may unexpectedly step into a roadway without checking for oncoming traffic.

State law requires drivers stop when a bus is stopped and operating a visual signal – either red flashing lights or a stop sign. Drivers should not proceed until the school bus resumes motion; the driver is signaled by the bus driver to proceed; or the visual signal is no longer activated. Approaching drivers do not have to stop for a school bus that is operating a visual signal if the roadway is separated by a physical barrier or an intervening space. If a highway is divided only by a left-turning lane, the roadways are not considered separated, and drivers must stop for school buses.

School buses are also required by law to stop at all railroad crossings.

Drivers who illegally pass school buses face fines up to $1,250 for the first offense. For individuals convicted of this offense more than once, the law allows the individual’s driver license to be suspended for up to six months.

A ticket for illegally passing a school bus cannot be dismissed through defensive driving.

Additionally, this offense could potentially include criminal charges if they cause serious bodily injury to another.

According to TxDOT, more than a million children and teens depend on buses to get them safely to and from the more than 9,000 Texas schools every day.

In 2017, 811 vehicle crashes occurred in school zones in Texas, resulting in two deaths and 30 serious injuries. The most common causes of these crashes were entirely preventable -- failure to control speed; driver inattention; and failure to yield right of way – private drive.

In school zones, motorists should:

• remain alert at all times.

• put away cellphones. Cellphone use is banned in active school zones and violators face fines of up to $200 in school zones where signs are posted;

• drop off and pick up your children in your school’s designated areas.

When encountering buses in traffic, motorists should:

• stop for flashing red lights on a school bus, regardless of which direction you’re headed;

• continue your trip once the bus has moved, the flashing lights stop flashing or the bus driver signals it’s okay to pass; and

• stand far back when you are waiting for the bus;

• sit still so the driver can pay attention to the road; and

“Following these simple tips can help Texas children reach school safely and help drivers avoid costly fines and tickets,” TxDOT’s website states. “School bus drivers do everything they can to keep children safe, but we must all make an effort to drive safely near school buses.”

TJC celebrates inaugural class of Bachelor of A...