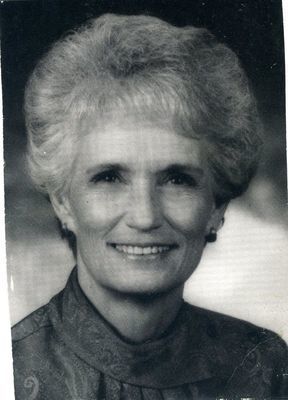 Graveside services for Linda McIntyre Beard will be held Tuesday, July 28, 2020, at 10 a.m. at Cedar Hill Cemetery in Rusk under the direction of Wallace-Thompson Funeral Home-Rusk. Linda, 87 years of age, passed away on Wednesday, July 22, 2020, in Rusk, Texas. She was born May 9, 1933 in Rusk, Texas, to the late Ruby and Raymond McIntyre.

and an avid Eagle fan to her children, grandchildren and many others.

After high school, she moved to Dallas to attend business school, then came home to work and raise a family. Linda had several jobs before working in the Cherokee County Tax Assessor-Collector’s office, eventually becoming Chief Deputy. In 1970, Linda campaigned and was successfully elected to be Cherokee County Tax Assessor-Collector. She had several opponents through the years, but was always re-elected! She loved her job, meeting the public, talking to customers, and helping when it came time to pay their taxes. Linda spent many lunch breaks at the Courthouse Cafeteria talking it up with friends and employees. She held the office for 38 years before retiring in 2008. Linda ended her career holding the tax assessor-collector office for the longest in Texas history. Not only did Linda enjoy her life long work in the tax office, she loved being a mom and mimi. She was the best mom to her children and best mimi to her grandchildren and great grandchildren, always thinking of them before herself.

In lieu of flowers, donations can be made to the Doug and Sally Jordan Memorial Scholarship through Debra Dominy at Edward Jones Investments, 547 N. Main, Rusk, TX 75785.