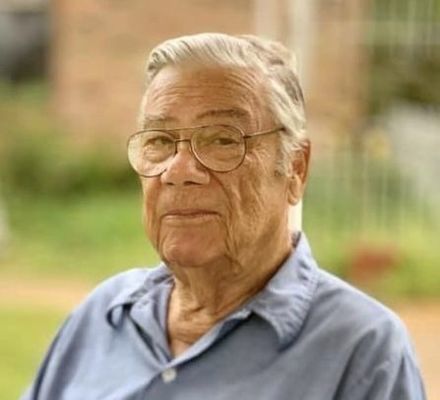 A Celebration of Life service for Ray Allen Crump, 86, of Rusk, Texas, is scheduled for 11 a.m., Saturday, July 11, 2020. at Hilltop Baptist Church in Alto with the Rev. Charles Nunnally and Johnnie Emerson officiating.

Mr. Crump passed peacefully into the arms of his Savior on Saturday, July 4, 2020, surrounded by his loving family.

He was born December 15, 1933 in Houston, Texas, to Everett Allen Crump and Lola Mae Gladden Crump. He grew up in East Houston attending Austin High School and South Texas University with a full basketball scholarship.

In 1952, he met the love of his life, Sharon Courtney, and two short months later he joined the United States Air Force and was stationed at Carswell Air Force Base.
Two years later, Ray and Sharon were married on January 22, 1954, and had celebrated 66 wonderful years of marriage.

Ray went on to work as a jet airplane mechanic with the Texas Air National Guard at Ellington Air Force Base, where he later retired. In 1979 they moved to Rusk and made their home in the Bulah community. He held several jobs after his retirement that included the Rusk State Hospital; many years as a pumper for Texas Crude; and then finally retiring again after 10 years at TDCJ.

Ray was well known in the community and all around town. He never met a stranger and was always up for conversation. He had a love for words and music. This ability allowed him to play numerous musical instruments, write songs and poetry. He was very involved in the Bulah 4-H and directed many plays that the group performed at different levels of competition.

He was a Baptist and had attended the Adams Chapel Church in Bulah.