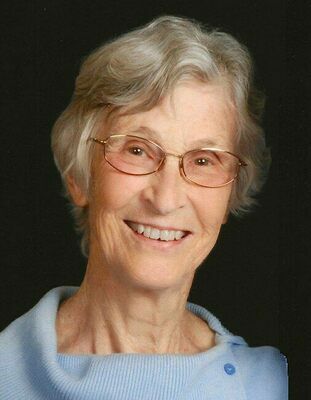 Velma Waldine Wells was born in Olney, Texas on February 20, 1935, to Velda Mae Bullock and Walter Young Wells. She grew up in Throckmorton, Texas on the farm until the family moved to Lubbock. Growing up on the farm her job was to fetch the eggs from the hen house, a job she was thrilled to lose upon moving to Lubbock due to her fear of snakes. Waldine attended Lubbock High School and then Texas Tech receiving a degree in Teaching.

Waldine married James Louis Walker on New Year’s Eve in 1957. They had three children, Kathy, Jay, and Mike. Waldine taught first grade for 27 years, retiring from Justiss Elementary in Paris, Texas. During her life, she continued her education earning a Master's degree in Earth Sciences. She loved going on archeological digs in Colorado, New Mexico, and Hawaii. After retirement, she and Jim built a straw-bale house and a cordwood workshop. Waldine made stained glass, frequently repaired church windows, and taught stained glass classes. She was a member of the Baptist Association of Chainsaw Rescuers, spending many weeks working to rescue people and animals following Katrina and then staying to prepare food for the other volunteers. Waldine and Jim lived mostly off the land with their garden and orchard which they shared with area restaurants and the hungry. Throughout her life, she painted, sewed, and was known not only for being a great cook but also for making the best German Chocolate Cake ever. She was a member of a garden club, taught English to Korean immigrants, volunteered as a host at the Hodge Unit penitentiary in Rusk, and helped to prepare lunch once a month for the area nursing homes at First Baptist Church Rusk where she and Jim enjoyed being members for 20 years.

Waldine loved her family and treasured visits, holidays, and reunions. Waldine loved trains and rode them whenever she could. Waldine never knew a stranger, welcomed everyone, believed in the Lord, walked with Jesus, and was always up for an adventure, whether riding skateboards, riding motorcycles, going to Schlitterbahn, or a trip to the beach. Had she been born in a different time she would have been an astronaut. She enjoyed playing games and loved to read.

Waldine (Frauch) was preceded in death by her parents; Velma and Walter, and her husband Jim. Some of the many who will be grieving are her daughter Kathy (Roger Stewart) of Powderly, Texas; her son Jay (Julia Walker) of Austin, Texas; her son Mike (Lynda Walker) of Paris, Texas; her grandchildren; Heidi, Bryan, Lindsay, Chris, Noah, and Andrea; her extended family members Vicki (Ronnie Ballard) of Paris, Texas; four great-grandchildren; her brother Don (Barbara Wells) of Littleton, Colorado; her sister Dorothy (Gary Grief) of New Mexico; and Jo Darden of Ft Worth, Texas as well as numerous nieces and nephews.