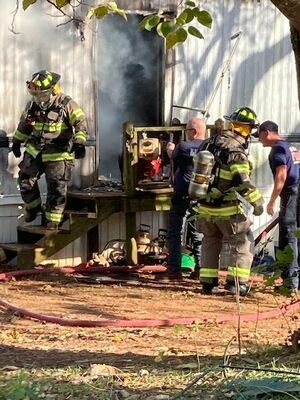 Around 3pm on Monday afternoon, the Rusk Fire Department was called to a structure fire on Ellis Street behind Dollar General in Rusk. The older mobile home appeared to be fully engulfed but fortunately no one was injured. The resident, who identified herself only as Leigh Ann, said she wasn't sure how it started but she had been burning trash in the back yard. She was able to safely get out along with her two dogs.

Rusk firefighters quickly responded and were attacking the blaze. The case remains under investigation.

Giving kids a reason to smile again after loss

Tops in Texas returns to Jacksonville May 12-14

Ian Chandler to perform May 15 concert in Gallatin