The Editor: On Memorial Day, remember the families, too 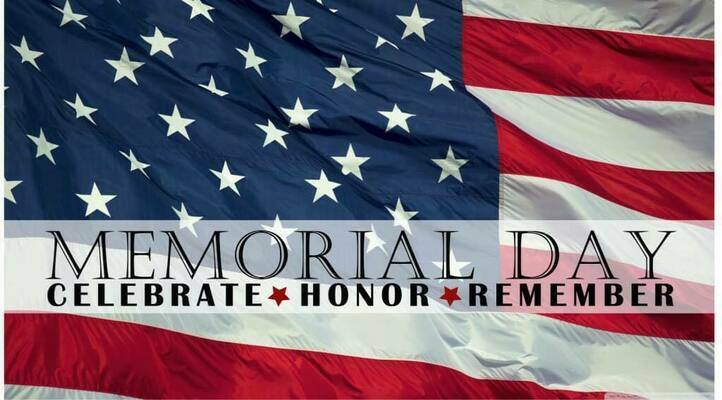 It’s hard to believe that 14 years has raced by since we got that phone call, though I imagine for my brother, sister-in-law and niece, that day is still all too clear when they learned that Willy – my sweet, funny, Army-loving nephew – was killed in Iraq.

Memorial Day is for men and women like Willy, who died while in the line of military service … for their families, however, “memorial” day lasts more than just the 24 hours set aside each year on the final Monday of May.

According to The Old Farmer’s Almanac, “traditionally, on Memorial Day, people visit cemeteries and memorials, and volunteers often place American flags on each grave site at national cemeteries. A national moment of remembrance takes place at 3 p.m. local time.”

Initially, the holiday arose following the Civil War, when “America’s need for a secular, patriotic ceremony to honor its military dead became prominent, as monuments to fallen soldiers were erected and dedicated, and ceremonies centering on the decoration of soldiers’ graves were held in towns and cities throughout the nation.”

After World War I, however, those honors expanded to include those who died in all American wars, the Almanac stated.

“He saw poppies scattered throughout the battlefield surrounding his artillery position in Belgium,” states the Almanac. “In the war-torn battlefields of Europe, the common red field poppy was one of the first plants to reappear. Its seeds scattered in the wind and sat dormant in the ground, only germinating when the ground was disturbed.”

The poem describes how “in Flanders Field the poppies blow/Between the crosses, row on row,” viewed by those whose lives were lost on the battlefield, their voices urging subsequent generations to “take up our quarrel with the foe.”

For me, Memorial Day has become equally about my brother’s family – and generations of moms and dads, siblings, grandparents and children – who lost a loved one to war. Theirs was an unwanted, forced membership to a group they would much rather not be part of, and it’s these folks who need to be honored and remembered alongside their beloved family member as well. Because for them, it's more than just a single-day happening.

From time to time, my sister-in-law sends the family updates on various projects that honor our boy: A memorial scholarship at a university in his hometown, a stretch of highway in Oklahoma named for him. She’s not seen it yet, but there’s a memorial marker at the American Freedom Museum in Bullard that has Willy’s name on it, too.

Currently, she’s part of a movement to raise funds for a monument near Fort Sill, Oklahoma, that will be erected as a tribute to Gold Star families and relatives. I think that for them, such a monument is a blessing; it's the validation of the strength and unity and healing found in dealing with this kind of heart-rendering loss.

This weekend, as you celebrate, I ask that you remember not only those who died while in military service, but their loved one, too. Keep them in your prayers, in your actions, in your conversations, because they’ve made an ultimate sacrifice as well.

In Flanders fields the poppies blow

Between the crosses, row on row,

That mark our place; and in the sky

Scarce heard amid the guns below.

We are the Dead. Short days ago

Loved and were loved, and now we lie

Take up our quarrel with the foe:

To you from failing hands we throw

The torch; be yours to hold it high.

If ye break faith with us who die

We shall not sleep, though poppies grow