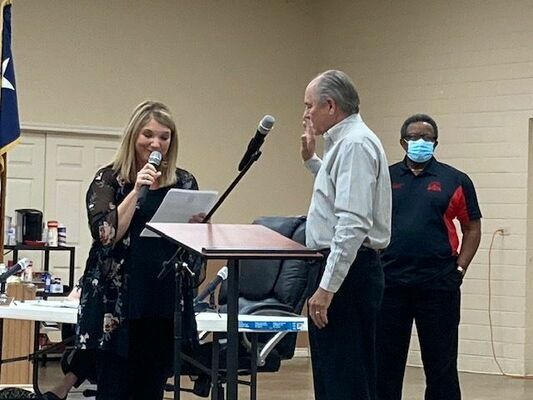 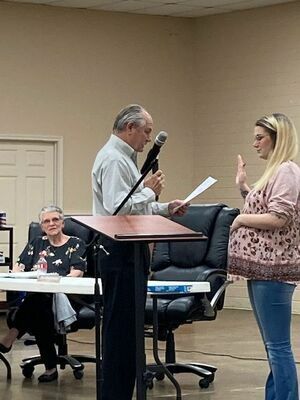 Middlebrooks administers the oath of office to Kendall Pharis, who replaces him as the District 1 Council member. Photo by Penny Hawkins
Previous Next

Outgoing mayor Angela Raiborn administered the oath of office to her successor, then left shortly after thanking city employees for their dedication.

During the meeting, the Rusk Council approved the outsourcing of the municipal pool to resident Stephanie Wick. According to City Secretary Cinda Etheridge, as part of the contract, Wick will provide and cer-tify lifeguards for the season, and will provide her own insurance – which was paid by donations, Etheridge said.

The pool is scheduled to open during Memorial Day weekend.

In other action, the council:

• Tabled an agenda item regarding the abandonment of 12th Street and a 50-foot segment of Weems Street.

Changing of the guard