On April 13, 2021 at 3:26 A.M. Jacksonville police and fire departments were dispatched to a traffic accident involving a pedestrian. The accident occurred in the 400 block of South Jackson. The pedestrian was transported to the U.T. Health emergency room in Jacksonville and then later flown to U.T. Health in Tyler.

The pedestrian has been identified as Bradley Thomas Price, 64 years of age from Jacksonville. He died on April 14th from injuries sustained in the crash.

Investigation reveals that Price was walking southbound in the southbound traffic lane when he was struck by a 1997 Jeep Grand Cherokee driven by Randy McDaniel of Jacksonville. Surveillance video from a nearby buisness shows Price was in the roadway when struck.
McDaniel, the driver of the Jeep was not injured. There is no evidence of impairment and no charges will be filed against McDaniel. 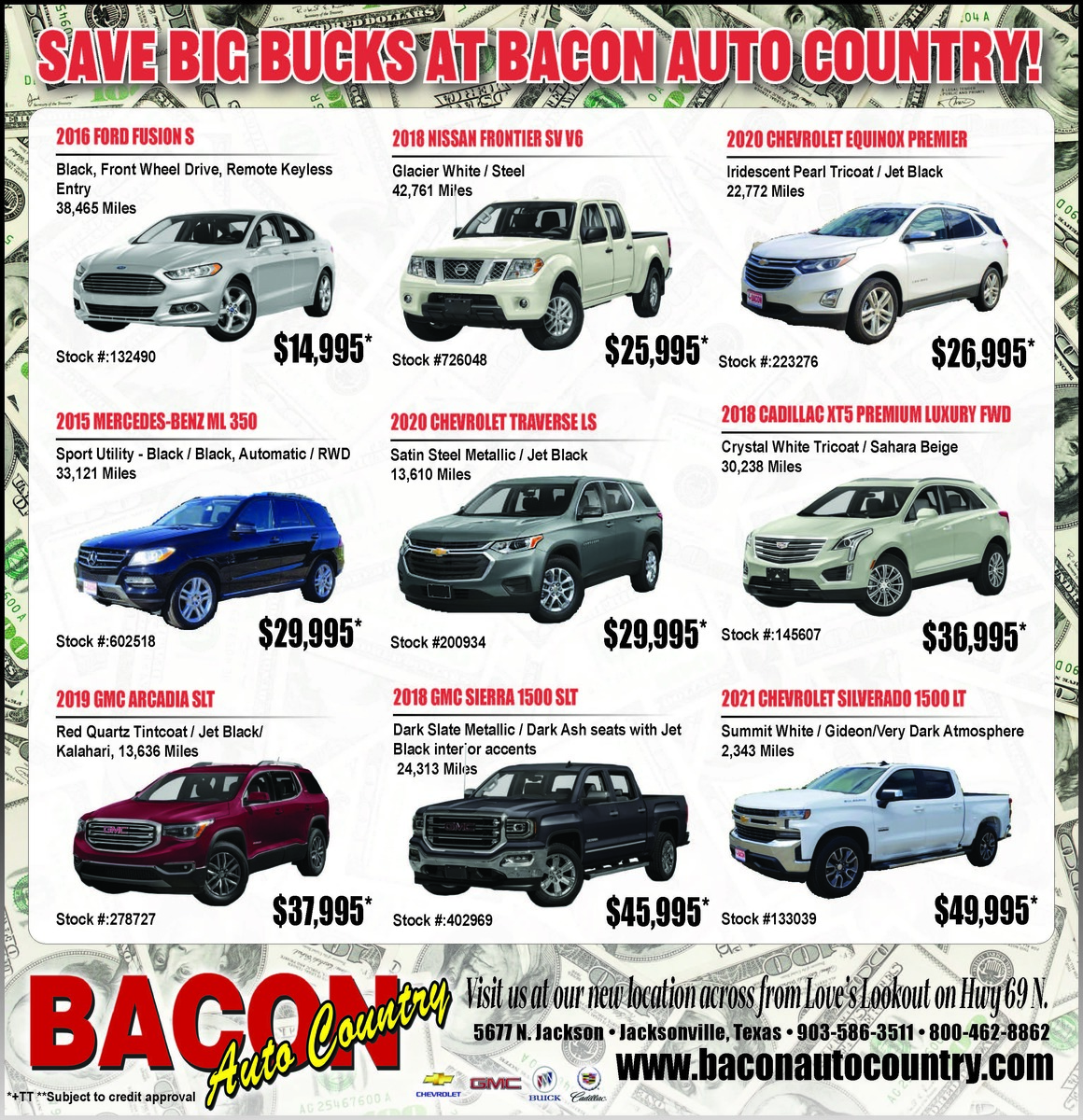