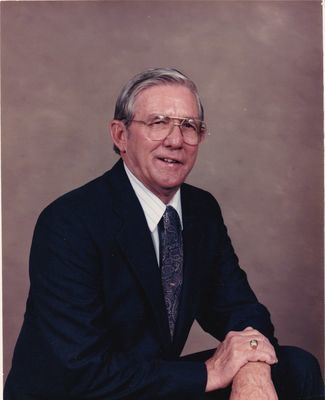 Imogene “Gene” Hayes passed away peacefully from this life into the arms of Jesus on Tuesday, Sept. 15, 2020, in Mansfield, Texas. Family and friends will celebrate his life at 1 p.m., Sunday, Sept. 20, at Allen Funeral Home-Alto, Texas.

Gene was born in Kirbyville, Texas, on Oct. 4, 1925. He was raised in Maryville, La., by his grandmother, along with many cousins. He joined the U.S. Navy on Sept. 4, 1942, at the young age of 16 and served for three years. Gene worked for Exxon Refinery in Baytown, Texas, as a mechanical craftsman for 35 years. While living in Highlands, Texas, he met the love of his life, Polly Smith Welch, and they married on Feb. 16, 1974. They were both faithful members of First Baptist Church, Highlands. In 1981, Gene retired from Exxon at the age of 55 and they bought a farm in Alto. They raised a few head of cattle and were charter members of Hilltop Baptist Church, which they helped to build. They enjoyed traveling and seeing the U.S. in their RV or trailer with friends and family. In 1996, They moved to Tyler, Texas. They were very active members of Green Acres Baptist Church. Gene volunteered every week to stuff church bulletins and was a member of the SMART Team, which went out to seniors’ homes to do repairs. They lived in Tyler for 12 years, then moved in 2008 to Mansfield, to be closer to their children and grandchildren.

He is survived by his wife of 46 years, Pauline Hayes; children, Andrea Anderson and husband Paul of Bartonville, Texas, and Jana May and husband Jeff of Mansfield; grandchildren, Kristan Williams and husband Cory, Clay Anderson and wife Brooke, Justin May and Jordan May and wife Lauren; seven great-grandchildren, Jenna, Allyson, Trevor, Garrett, Taylor, Olivia and Charlotte; brother, Wilson Black of Baytown; and many cousins, nephews, nieces and friends.

Get your flu shots!