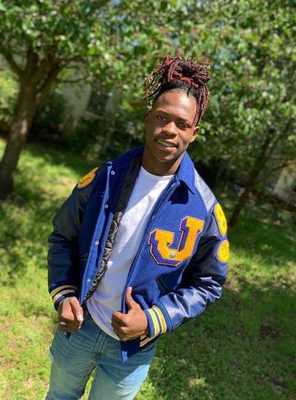 Courtesy photo
Jacksonville teen Tyress Gipson, 18, has not been seen since Aug. 22.

Four people have been arrested and charged with aggravated kidnapping in connection with the disappearance of Jacksonville youth, 18-year-old Tyress Gipson, who remains missing.

“The investigation continues into Gipson’s disappearance,” JPD Chief Joe Williams said in a statement released Friday, Sept. 4. “Anyone with information is urged to contact the Jacksonville Police Department at (903) 586-2549.”

Gipson -- who has not been seen since Aug. 22, according to family members -- was officially listed as a missing person and added to the National database on Tuesday, Aug. 25 and Jacksonville Police Department -- with the help of Palestine Police Department, Anderson County Sheriff’s Department, the U.S. Marshal’s Service and the Texas Rangers -- launched an investigation into Gipson’s disappearance.

His family has offered a $10,000 reward for information on Gipson’s whereabouts. According to social media posts, his last known location was Jacksonville, and was thought to be in the company of a woman, Breonna Jimenez. He is a black male of slender build with long dreadlock-style hair and was last seen wearing a white tee shirt, black jeans and white shoes.

Several searches in the Palestine area have been organized by family and friends since Tuesday, Aug. 25. Anyone with any knowledge of Gipson’s whereabouts is urged to call Jacksonville Police Department, 903-586-2546 or Wooten, (903) 504-1602.

Craft-Turney ‘mayor’ celebrates 63 years of the...

One shot, one arrested after Rusk brothers get ...