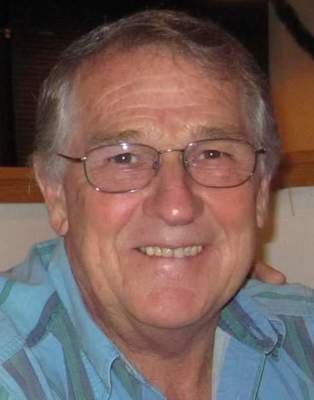 Victor Allen Wimer, Sr., passed away at home on Sunday, Aug. 9, with his wife of more than 30 years, Shelley, at his side. A man with an incredibly strong work ethic, he spent his life making sure that the people around him always had what they needed.

Vic was a committed father/step-father/father-figure to many and made sure that anyone who needed either a buddy, a hero or a whoopin’ got it. He will be dearly missed by Bryce Wimer of Dallas; Chris and Anthony Holcomb of Rusk; Paul “Woody” Church of Austin; Dennis Church of Arizona; Tammy Dye of Washington; Jack Porter of Arizona; George Porter of Arizona; Victor Allen “Butch” Wimer Jr. of Arizona; Steven Wimer of Arizona; Wade Bucher of Nevada; and Troy Bucher of Colorado. He could be counted on to sneak ice cream at all hours of the day and night, would never turn down an invitation to go fishing, and could rebuild the engine of any machine. He always loved a good family dinner, especially if pot roast and potatoes were involved.

Vic was born in Wisconsin to Margaret and Burley Wimer and raised in Arizona. He was a dear brother to Nancy Raistrick of Arizona; Spencer Wimer of Oklahoma; Phillip Wimer of Tennessee; Steve Wimer of Rusk; and Linda Walton of England. He started his own family in 1965 and much to his mother’s horror, liked to ride his motorcycle with his baby daughter sitting on the gas tank.

Vic moved to Texas for the first time in 1978, originally settling in Alto where he trained hunting dogs. The family later moved to Rusk, giving his children more room to roam. Everyone learned how to properly handle a gun, work hard like him and mostly stay out of trouble.

He moved to Arizona in 1987 where he met the sweetest woman on Earth and together they built a successful business of their own, doing upholstery and building custom furniture. He was a sports coach and an honored Boy Scout leader. He re-stored a classic car and loved playing the guitar. In 2001, he was a bone marrow donor for his sister, saving her life from leu-kemia.
Vic and Shelley returned to Rusk in 2009. Never one to relax, he lived out his “retirement” years working at the Parts Plus Autostore and at Brookshire Brothers, talking about cars and teaching another generation of kids how to be dependable. He loved hunting, fishing and listening to old time country music.

A private family memorial will be held at Lake Naconiche.