by From Autry Funeral Home-Jacksonville 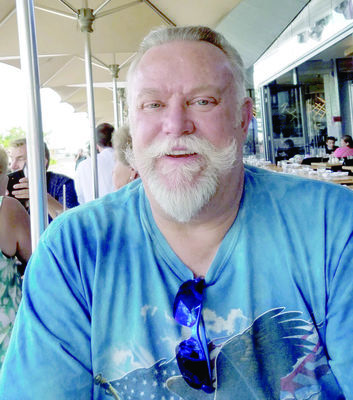 A funeral service for Johnny Wayne Gilmore is scheduled for 2 p.m., Saturday, Aug. 1, 2020, at Autry Funeral Home Chapel in Jacksonville. Brother Paul Gates will officiate. Johnny will be laid to rest at Still Waters Memorial Gardens.

Johnny Wayne Gilmore was born in Houston, Texas, on Dec. 15, 1952, to John M. and JoAnn Gilmore. He was the oldest of five boys. The family moved to Rusk in 1965 where Johnny graduated high school in 1972.

Johnny earned his degree in nursing in 1974. Over the next 46 years, he passionately cared for patients while continuing his education, ultimately earning two master’s degrees and working as a family nurse practitioner. He loved learning and helping others.

Johnny was a Texan through and through. He loved country music, Cadillacs and the Alamo. If you couldn’t find him reading history books, he could be found playing the drums at the Gladewater Opry House. He played music his entire life -- starting with the band at church in high school.

If you knew Johnny, you knew you would be greeted with a witty quip and a presence that changed the room. He often joked about needing a competent psychiatrist, but we all know there is no such thing.

He passed away peacefully on Tuesday, July 28, in Henderson, Texas. He was preceded in death by his brother, Delbert; and his father, John M. Gilmore. He is survived by his mother, JoAnn Gilmore; brothers, Buford, Mark and Hulen Gilmore; son, Jeremy Gilmore; daughter, Jodi Parker; wife, Connie Riley; step-son, Shannon Dees; step-daughte,r Mistie Helms; and 11 grandchildren.