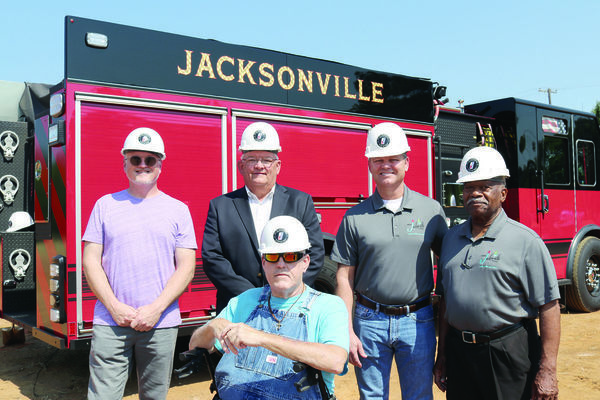 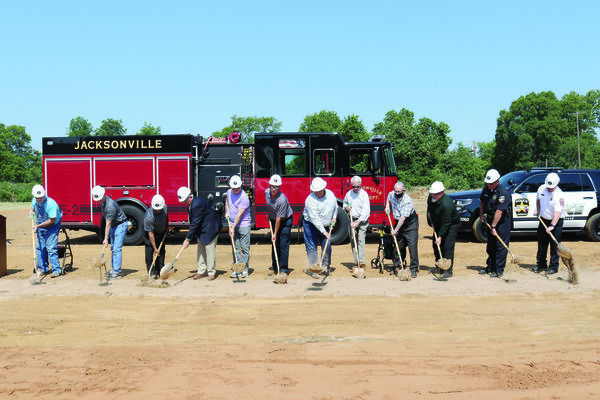 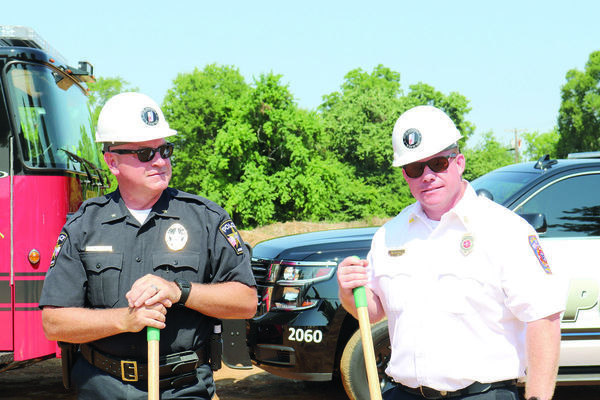 JPD Chief Joe Williams, left, and JFD Chief Keith Fortner get ready to officially kick off construction of a new facility for both their departments.
Previous Next

The city of Jacksonville broke ground at the site of its new public safety complex last week, officially kicking off construction of the $789,000 state-of-the-art facility.

The 30,000 square-foot building -- which will house the police, fire, EMS and communications departments as well as include an emergency operations center -- will be built on city-owned property located at the corner of South Bolton and Devereaux streets.

“We’re extremely excited to see this project begin,” Jacksonville Police Chief Joe Williams said during the ground breaking ceremony held Wednesday, June 17. “This new facility will help all the city’s first responders do the best job they possibly can at serving our community.”

Charlvin Doty, pastor of the Kingdom Christian Center, gave the invocation and said, “Jacksonville is a great city – we all ought to be proud to live here.”

The entire Jacksonville City Council, along with Williams, Jacksonville Fire Chief Keith Fortner, City Manager Greg Smith and other project officials used golden shovels to symbolically break the ground to begin the project. Two other ground breaking opportunities, in which members of the police, fire and EMS departments handled the shovels, were also held during Wednesday’s ceremony.

“We started this process two years ago, after a citywide facility assessment determined we needed an upgrade,” Smith told the crowd of the more than 30 people who came to participate.

“It’s been a long time coming. Our first responders risk their lives to help others every day – the least we can do for them is provide the resources they need to get the job done. We certainly want to thank the City Council and all the citizens of Jacksonville for their support.”

The Council approved Berry & Clay Construction of Rusk, to build the facility.

Quorum Architects of Ft. Worth, was chosen as the lead designer of the project. Construction is anticipated to be completed by July 2, 2021.

“I’m happy to get this,” Jacksonville resident Regina Brown said. “I think having a state-of-the-art facility for our city will certainly help enhance community pride.”